Sky Kids in the UK has commissioned an animated series based on an educational website that will be executive produced by the former MD of Nickelodeon UK. 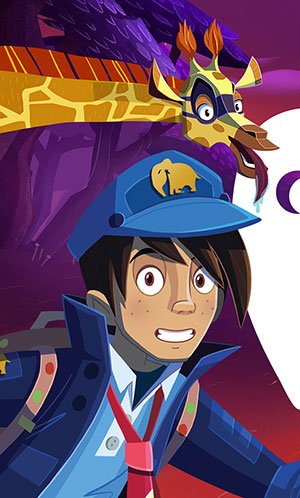 Night Zookeeper will be the first animated children’s show to collaborate with thousands of children on the creation of each episode, according to Sky Kids, which has ordered 10 episodes.

Night Zookeeper, created by UK-based social enterprise company Wonky Star and Joshua Davidson, originated as a primary school teaching resource. It is used by children in thousands of schools internationally to invent magical animals and write stories about them.

The animated series will invite children throughout the UK to participate by creating characters or background designs and suggesting plot points and dialogue for the show. It will be animated by Karrot Animation (Sarah & Duck) in London.

Howard Litton, who left Nickelodeon UK in 2010 to pursue other opportunities in the kids’ business, linked up with Karrot in 2015 to develop shorts based on the brand.

Sky will additionally promote the series through Sky Academy Studios, its learning experience that allows young people to get behind the scenes of TV.

“This is the future of children’s TV, where fan fiction and art frequently inspire episodes of kids’ favourite shows. What better way of getting children writing and drawing?,” said Litton.